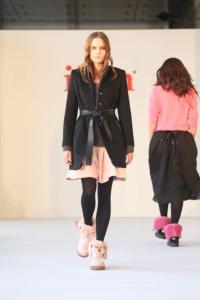 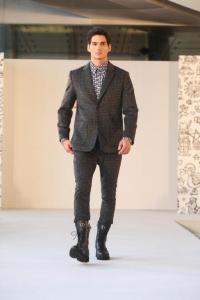 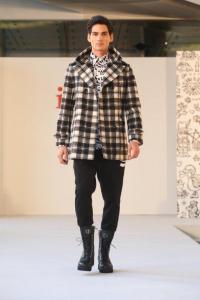 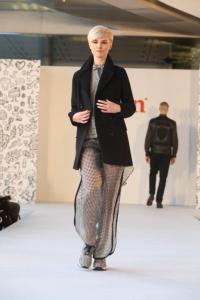 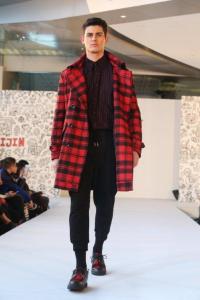 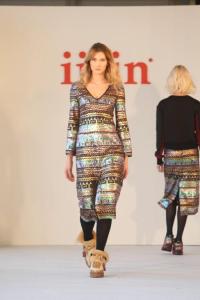 iiJin, the hottest city-chic fashion brand, unveiled its Spring/Summer and Fall/Winter 2015 Men’s and Women’s collection, presenting “le Flaneur”, its very first fashion show in Hong Kong. For the occasion, the fashion show took center stage with an exclusive event with the attendance of the likes of Yuri of Girls’ Generation, as well as an up-and-coming Korean drama actress, Yubi Lee. In addition, celebrity sons and daughters, including Kayla Wong, daughter of Michael Wong and Janet Ma; Adrian Wong, daughter of Felix Wong and Kitwah Leung, and Shaopin Tsui, son of Gigi Wong, spice up the fashion show by strutting down the runway, walking for iiJin as three celebrity models in the cast, dazzling the runway with their confident flair.

The show space of the fashion show is Sky 100. Before the FW 2015 fashion show is the SS 15 preview, which starts off with Cassian Lau, Creative Director of iiJin who often drew inspiration from cartoon characters and bright colours, painting iiJin’s signature graffiti. Seven models, wearing iiJin’s SS 2015 Men’s and Women’s items, sauntered linearly across the venue floor, showing the audience the modern preppy and punk infusion.

The exciting Fall/Winter 2015 iiJin Fashion Show combined both sensuality and style in the depiction of an American girl chasing a Parisian dream, displaying the free spirit implied by the rich layering and details in the FW women’s items. In tandem, some pieces in the women’s collection also blurred the line between femininity and masculinity with an experimental touch that reinforced the carefree character in La Flaneuse. On the other hand, the men’s collection provided structure in the form of patterns and mixtures, boasting timeless statement pieces in classic plaids while occasionally surprising with the grungy attitude in the motorcycle jackets and a reversible windbreaker and suit jacket.